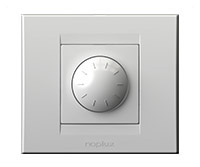 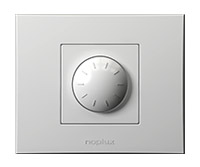 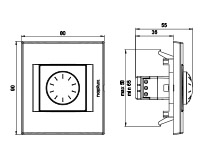 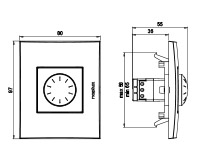 Dimmer is not suitable for:

Dimmer is recommended for:

Use only with quality dimmable transformers. To calculate load, add the VA ratings of the transformers (not the wattage of the bulbs). Choose transformers with a maximum rating close to their lamp load (e.g. Use a 50VA, 60VA or 70VA transformer to control a 50W low voltage bulb).
N.B. Certain transformers may not behave according to their power rating when used with a dimmer. An overload will result in the safety features switching the dimmer off. If so, change your transformer(s) or remove one (or some) transformer(s) from the circuit, or choose a higher rated dimmer.

Read „Compatibility and Loading Advice“ section before installing this dimmer. Dimmer is leading-edge and designed to control dimmable LED lighting. To optimize the dimming performance with LED lighting see “Optimizing the Performance of Your Dimmer” below. For information on compatibility with other types of lighting please see „Compatibility and Loading Advice” section.
This product complies with European Safety Regulations (IEC 60669-2-1 i EN 60669-2-1) when used in lighting circuits containing MCBs (miniature circuit breakers). These can be rated at 6A, 10A or 16A (preferably 6A for lighting circuits).

This dimmer switch is protected against overheating. If an overload occurs the dimmer will turn the lights down to indicate there is a problem. Then the dimmer will automatically turn off until the overload is removed and the dimmer is switched off and then is switched back on again. However, if the dimmer receives a total short-circuit it may be damaged beyond repair.

Read these instructions carefully. Incorrect installation may damage the dimmer beyond repair. In case of any doubt or difficulty consult a qualified electrician.

OPTIMIZING THE PERFORMANCE OF YOUR DIMMER

When you first install the dimmer it will automatically default to MODE1. This mode is the best one for almost all types of LED lighting but if the lights are flashing in MODE1 you may be able to improve the dimming performance by changing the driving mode. (See „Changing the driving mode” below.) You can always reset to MODE1. Additionally, the minimum brightness setting of the dimmer can be adjusted to achieve the optimum dimming range for a particular load as follows.

If you change your lights you can reset the dimmer to the factory default minimum brightness setting. 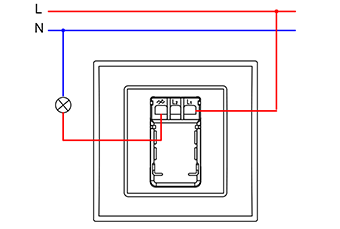 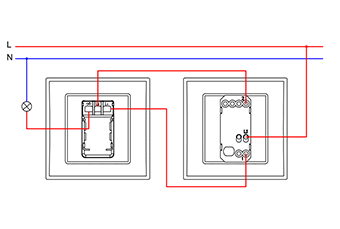 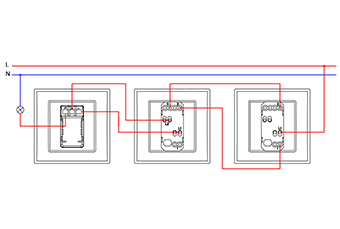